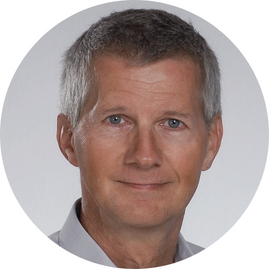 Rainer Grimm has worked as a software architect, team lead and instructor for about 20 years. In his spare time, he likes to write articles about C++, Python, and Haskell. Rainer Grimm also likes to speak at conferences.

He publishes weekly on his English and German blog “Modernes C++”. Heise Developer hosts the German blog.
Now he is an independent instructor giving seminars about modern C++ and Python. He published several books in various languages to modern C++ and concurrency, in particular.

Books authored, the first four books are published in several languages, while the rest are in German:

Concepts in C++20: Evolution or Revolution?

The key idea of generic programming with templates is to define functions and classes which can be used with various types. Often it happens that you instantiate a template with the wrong type. The result is typically a few pages of cryptic error messages. This sad story ends with concepts. Concepts empower you to write requirements for your templates, which can be checked by the compiler. Concepts change the way we think about and write generic code. This change includes the usage and the definition of concepts but also the unification of auto and concepts.

The main concern when you deal with concurrency is shared, mutable state or as Tony Van Eerd put it in his CppCon 2014 talk “Lock-free by Example”: “Forget what you learned in Kindergarten (i.e., stop Sharing).”

I present in theory and praxis proven patterns such as thread-safe storage, strategized locking, thread-safe interface, or guarded suspension to deal with the enemies of thread-safe programming: shared state and mutation.

To synchronize and schedule member function invocations in a concurrent architecture, the classics such as active object, or monitor object provide valuable services.

What did we get with C++17, what can we hope for with C++20/23?
With C++17, most of the standard template library algorithms are available in sequential, parallel, and vectorised variants. With the upcoming standards, we can look forward to executors, transactional memory, significantly improved futures and coroutines. To make it short. These are just the highlights from the concurrent and parallel perspective.
Thus there is the hope that in the future C++ abstractions such as executors, transactional memory, futures and coroutines are used and that threads, atomic variables, mutexes and condition variables are just implementation details.